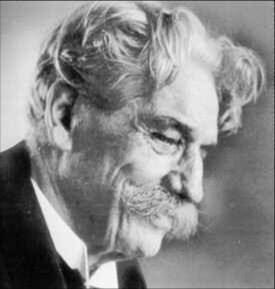 Thirty Theses: Plausible Propositions for the Existence of a Historical Jesus*

1. The primary data for the beginning of Christianity are the documents of the New Testament.

2. Secondary data including apocryphal and Gnostic sources and testimonia are primarily valuable for the reconstruction of the growth of the Christian movement

3. The gospels are about the life of a man called Jesus of Nazareth

4. Their probable genesis before the end of the first century is strong support for the basic historicity of the events they portray.

5. Jewish polemical sources do not challenge the historicity of the life of Jesus, rather his messiahship and resurrection.

6. The silence of classical writers concerning Christianity is explained by the inconspicuous nature of Christianity in the first two centuries of its existence.

7. The existence of interpolations in the work of non-Christian writers such as Josephus expresses an interest in enhancing the historicity of characters portrayed in the gospels and cannot be used to “prove” the deceit of gospel writers of an earlier generation.

8. The silence of classical writers with respect to Jesus cannot be used as an argument against the historicity of the gospels.

9. The ridicule of later pagan critics of Christianity does not include the premise that Jesus did not exist. Conversely, all pagan critics assumed the historical existence of Jesus.

10. The fact that early Christians worshiped Jesus [ap. Pliny jr.] does not suggest they denied his historicity.

11. There is little of purely belletristic interest or value in the gospels.

12. Compared to known examples of Roman fiction and legend the gospels lack the artifice and design of purely literary work.

15. The existence of a “spiritualized” gospel attributed to John does not diminish the value of the synoptics, especially as the fourth gospel is clear about its apologetic motive.

16. The existence of myth and miracle in the gospels does not diminish the historical framework of the gospel story.

17. The presence of healing stories and magic does not lessen the historicity of the subject of the gospels.

18. The gospels conform to beliefs, expectations and practices typical of the community from which they arose and beliefs known to exist within Hellenistic Judaism and the larger Roman world

19. The gospels are the kind of literature we would expect of a time and culture that valued myth, miracle and the improbable.

21. The gospels’ position towards the miraculous, the divine, and the supernatural reflects views common in the ancient historians whose essential historical value we acknowledge (e.g., Herodotus on the Battle of Salamis). Conformability is a crucial argument in favour of the historicity of the gospels.

22. The stories of cult gods, ranging from Dionysus to Mithras to Asclepius, bear only a superficial resemblance to the story of Jesus

23. The selection of the canonical gospels was based on criteria that included the element of plausibility and historicity. This can be judged on the basis of patristic testimony and more directly from the nature of the excluded material.

24. Central to the historicity was the information that Jesus had been crucified in the time of Pontius Pilate. The narrative of the trial and crucifixion of Jesus represents the earliest stratum of historical interest and probably the oldest stratum of gospel development.

25. The redaction of the gospel traditions from older sources represent only the tendencies of individual writers and do not constitute a coherent argument against the essential historicity of the Jesus tradition.

26. The teaching of Jesus in the synoptic sources is not extraordinary. The tendency over time to make it extraordinary, as in the discourses of the fourth gospel, is evidence in favor of the historicity of the earlier tradition.

27. The teaching of Jesus without theological gloss is conformable to the teaching of preachers known to exist in the first and second century AD.

28. The character of Jesus of Nazareth is not extraordinary but typical of his time and context.

29. The ordinariness of Jesus is presented plausibly and directly in the synoptic traditions about him. The Christological context of this portrayal does not weaken the historical description.

*Update on comments so far: If you respond to these theses, do a bit of work and find out what a thesis is and how propositions can be argued. A few have written with the misconception that these bald controversial statements are “amputated arguments” rather than debating points. No time for that kind of thing. Also, I suggest you read the statements carefully, since as far as I can tell none is eo ipso false: e.g., the existence of a written description of an event whose social effects are known is support for historicity, if not accuracy. It is not analogous to say that stories about Herakles (eg) also produce social effects since it is not asserted that Herakles (or Dionysus) founded movements. It is also inaccurate that “the pagan critics of Christianity assumed the historicity of Dionysus…et al.” (re thesis 9): they did not, and one at least, Julian, regards the Greek stories as literally implausible. No points for misinformation, therefore.

I provide the following for entertainment, serious but not mordant discussion, debate, and argumentation (above all, argumentation). Please keep your argument to the proposition, rather than, “Haven’t you read,| or “Surely you haven’t considered…” Discussion. Also, please post your comments to this page and not to “About.” As the above relate to work being done by The Jesus Project, I would welcome especially additional premises or propositions (or variants) not listed above.

5 thoughts on “Thirty Theses: Plausible Propositions for the Existence of a Historical Jesus”