I am an atheist in the sense that I do not believe a singular unseen x stands behind any of these formulations. I don’t deny their importance as intellectual events in human understanding. They are simply ideas. They are expressions of how thinkers have thought about their world. I think that their interest or importance cannot depend on their rightness, because they are, as far as I can tell, mistaken views.

I do not need an unseen lover to experience love, or a super-dad to experience security, anxiety, a need for approval, a sense of falling short. 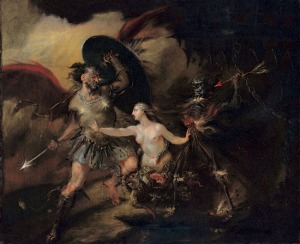 I do not need to boil things down to a “singularity that explains complexity” in order to comprehend the workings of my world or my feelings about it. Thales was wrong. Aristotle was wrong. The Hebrew writer of Genesis was wrong. The Rig Veda was wrong.

Human things, finite things, physical things, historical things cannot be adequately understood through lumping them together as the work of an unseen power. When I say there is no God, what I reject is the shallow and sometimes cynical attempt to simplify cause, meaning, and experience: to reduce it to an unseen indissoluble essence.

It’s true of course that not all causes are apparent to the naked eye, but it is not correct to say that these causes can serve as analogies for the existence of a supernatural cause: the wind that blows the branches off trees in a hurricane in Kingston can be clocked. DNA can be mapped. The velocity of a hydrogen atom can be tracked. Science, as a form of inquiry, suggests that as we learn more about the universe it will be on the same terms as the way in which science has progressed in the past—on the basis of falsifiability.

The only revelations therefore are revelations achieved through hard work and discovery using the methods appropriate to investigating the world around us, the universe beyond us. Religion and theology are not suitable to that investigation. They are not grounded in science, they do not conform to science. They are grounded in myth, namely the myths of the human past.

There is nothing wrong with myth. But it is not science, and whether we are speaking of the Bible or of the Koran, or any book thought to come to us through revelation, the accidental insights of myth do not constitute a science.

True, we tell our students that god is not falsifiable because the basic criteria for falsifiability are missing. But what we really should be telling them is that the criteria for God are missing, the need to resort to an invisible explanation of the visible world is missing. It is a fool’s dilemma to fall back on axioms of ancient logic, which in any event don’t work here.

It may be the case that the vague God of the Philosophers cannot be negated because his defining properties have receded to an Archimedean dot; but it is not true that the God of the Bible cannot be disproved. History disproves him in the same way it disproves Marduk, Isis, the Monster Humbaba, and Vishnu.

If god is a being who is only worth knowing as a postulate to explain why the universe arises to look the way it looks, then he is not a god that we need to concern ourselves with–because he wears none of the clothes history dressed him in and has none of the attributes of the god of classical theism. “God the postulate” cannot be a god of the Bible or any other scripture: he cannot love, ask to be loved, be offended, forgive us our trespasses, save from sin, or create the situation whereby people would need to be saved from it in the first place,

That ancient God, the God of the Bible, is a god from whom I ask to be saved intellectually and possibly also morally.

The Dilemma and the Definition:

“Either God caused the universe or something else did.” Apologists in freshly pressed white shirts love to begin “discussions” and debates that way. It is a variation on the Jesus was “mad, bad or God” bear-trap they sometimes set for unimaginably stupid sophomores.

They go on to say that while they know what caused things to come out the way they did, the atheist cannot know because the atheist has no more proof than they do. (My cause has no personality; theirs lives in a book.) I have tried saying “Look around you: that’s my argument.” (I haven’t had much success with that one.) So, it is easiest to say confidently, “Something else did.”

And like the mad, bad, god MCQ, this is a false dilemma, since in most formulations theologians merge God with this something else: X=X by any other name. They begin by eliminating the god of Genesis and all later attempts to domesticate the tribal and biblical gods and the gods of early Christian (or Jewish, or Islamic) theology.

What you are left with is a god from whom all defining characteristics (perhaps Aristotle would have called them accidents, substrates?) have been removed. A decerebrated God whose will, moods, and mobility have been stripped away by the surgeons who were trying to save him. 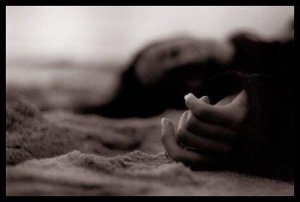 I have no trouble imagining a god who is not great, or kind, or merciful or compassionate or steady of purpose, or immutable. And I won’t go into the absurdities of arguing a “philosophical god” who is changeless and a biblical god who changes his mind rather often (it is like the Eddie Izzard “Cake or Death” shtick, except it’s God holding a shamrock and saying “Redeem or damn, damn or redeem?”).

But I think most Christians—especially those in freshly pressed white shirts-would not be satisfied with a god who has been emptied of attributes, the All-Nothingness, the Eternal Absolute (I’ll take my math with tea, please, not incense) and I consider it dishonest to go on calling this being or axiom or hypothetical something god, just as I would have trouble calling a horse a horse if you forbid me to use ears, tail, hooves, mammal, four legs and oats as part of my definition. 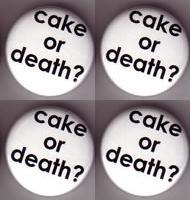 In any meaningful definition that is not pure nonsense—and here the scholastics had a great deal to tell us—we need a genus, we need what they called differentiae. But what is the genus of God? God? Supreme being? All-Knowers, Creators, Flood-senders?

No good; there are no other members of this class, and as we found out from Anselm, supreme being is to god as boy is to young male. It doesn’t define it; it restates it. So I ask again, What are god’s differentiae?

The defining attributes of the God Christians are interested in knowing, loving and serving are all historical, time-bound: anger, wrath, mercy, compassion, punishment, salvation, forgiveness, knowledge, pure awesomeness. And did we mention, good at making universes? They will not worship a God who is, did or does none of these things. Why should they? They will not die for a postulate or march for the right to life in honor of a God who does not create individual souls.

In this case there is no baby to toss out with the baptismal water, no dead body that points to atheists as murderers. Theologians in ages gone by used to talk about god using certain modes: the via positiva—god the all-knowing, for example—or the via negativa—God as impassible (devoid of passion and emotion)—or the via eminentia, God as higher than our highest concept of god–whatever that means, but surely a shut down strategy for rational debate.

My argument is this: the God of Christian theism, Islamic theology, and Jewish scripture does not exist, and the God who is left over when that theology is scrubbed–as postulate, variable or merely “unknown”– is so useless as (in John Wisdom’s great phrase) to amount to the same thing—useless to move, love, inspire, create.

I have no reason to imagine such a being, neither as a piece of intelligent cosmic protoplasm filling the interstices of what we call space, a flying spaghetti monster, or a vastness beyond the vastness. There is no way to disconfirm any unobservable absurdity, and hence there is no reason to believe in it.

Notice I say no reason to believe it. Theologians have given us no reason to believe, and to be blunt, their affirmation of science and willingness to sacrifice the god of history for the god of guesses should alert everyone to the nature of their profession. There is more reality in any exhibition of Hollywood special effects than there is in theology.

33 thoughts on “Being and Atheism”