Update: Since this post appeared, Paul Kurtz has resigned as chair emeritus of the Center for Inquiry, from his seat on the board, and from editorship of the flagship periodicals, Skeptical Inquirer and Free Inquiry. This is the tragic denouement of a tragic fall, but one out of which grace may yet appear. Sad that our primary cipher for such a process is a religious one–the crucifixion–but it’s perhaps in circumstances like this that we learn to comprehend the power and subtlety of the religious symbol. 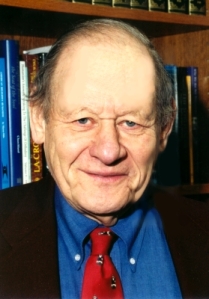 A debate is going on between the puissant professor Paul Kurtz and the unillustrious Ronald A. Lindsay, his replacement if not his successor.

Let me be the first to call for Mr Lindsay’s resignation.

In little more than two years, he has driven the organization deeply into debt, reduced both the prestige and intellectual capital of a once-serious contender to be the best humanist and secularist organization in the world, tried to use the CFI “pulpit” for his own narrow range of interests, basically First Amendment issues–and at some point in the near future will probably sell the whole kit and caboodle to a more stable organization, like Americans United. He will then wash his hands of the whole matter having mergered what he could not accomplish.

He is abetted in this by a board that wants the organization to heal itself, an interesting attitude from people who don’t believe in the paranormal, and co-workers who would have trouble finding executive positions at a sardine factory.

In the end, this debate is not about Kurtz v Lindsay (with interjections from onlookers like me and D J Grothe) but about vision.

There are a dozen organizations, more or less, that do what Mr Lindsay wants done. There are a number of adherents that want a full frontal atheist position from CFI, and an equal number that share what Mr Lindsay interprets to be the “political stance” of CFI–though that stance recedes daily into obscurity, if it was ever coherent to begin with.

CFI would be very foolish indeed to untether itself from its roots in the American secular and democratic form of humanism. But it needs to be asserted that the American form of humanism has been about tolerance, not ridicule–sophisticated critique of religion and dogma, not mockery. 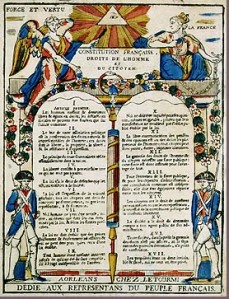 It is fundamentally rude, wrong and treacherous to trade Paul Kurtz’s mentoring captaincy for a bunch of drunken sailors who think they know how to steer the ship. Clearly they don’t. The rocks are in view.

Let me also say, to Paul Kurtz and his defenders: Come away. The mission you are on, the game plan you are following, the chart you are looking at, is being invented day by day. Gertrude Stein could tell you: there is no there there, anymore than God is in his heaven.

It’s a plan at the mercy of every opportunistic wind, every atheist bestseller, every publicity stunt and anti-religious brainstorm that comes down the pike. There is no strategy here, just a weekly ad hocism that focuses on what lawsuit to join or what headline to chase.

True, CFI has always had an interest in being heard in the area of First Amendment matters. But that has always been a sidelight, not the headlight.

For my own part, I urge everyone who has an interest in the future of CFI to support Paul in pursuing the greater lights of his conscience and vision.

Call it what you will,humanism is too important a quest to be left to small minds who now only seem interested in perpetuating their incompetent blundering by challenging his advice, his wisdom and criticism.

Free inquiry? Give me a break.

14 thoughts on “Over at the Centre for Inquiry…”