Professor Jerry Coyne asks this question while pretending to ignore me, and I assume he means it can be answered, and that the answer is a loud and obvious No: that religion, as the source of the world’s ugliness and ills, cannot possibly have given us doubt. Religion gives us faith–the opposite of reason–as everybody knows.

A number of people, mainly the cheering squad for Team Gnu, suggested that I was wrong and that atheists have too been murdered as atheists. That may or may not be true; the evidence (which is more on the order of information) looks highly problematical to me and the source cited–the New Encyclopaedia of Unbelief, is far from a disinterested or trusted resource for finding out.   When the Team finally settles whether they don’t need martyrs or do but want to call them something else I’m sure they will be in touch.

Frankly, it doesn’t matter since martyrdom and murder are not the same thing.  To analogize: martyrdom is to murder as baptism is to bath.  The key difference is that martyrdom can only happen when a church (medieval Rome and Calvin’s Geneva or the whole of Byzantion or the Islamic Middle East will do) or a state, where edicts of the church have the force of law (no good modern Western examples),  can be judicially enforced.

Martyrdom is not murder; in context, pathetic though the context may be, it is the execution of justice.  Thomas More is a martyr becausehe was sentenced to death by Parliament, not because he was murdered in his sleep for holding treasonous opinions.  (He wasn’t.) If Gnus really care about the meaning of words and not just using them for stones, they might begin with this distinction.

But the cases that were cited, ranging from the posthumously burned John Wycliffe and the “heretics” William Tyndale, Miguel Servetus, and the completely incomprehensible Giordano Bruno–none of them atheists and all of them judicially executed when the term martyrdom could be applied by one side or another in a struggle against an oppressive Church, or specific repressive doctrines–does tell us something about “doubt.” It tells us that they were put to death for doubting, for skepticism ab0ut the doctrines of their religion.  So yes, clearly: religion gives us doubt.  It’s certainly given us scores of doubters.

And they aren’t the first.  The first time Christianity comes into contact with the term “atheist” is when the Christians themselves were derided as atheists.  Justin  Martyr and Tertullian both write “apologies” in the second and early third century defending themselves against the term. “Hence,  we (Christians)  are called atheists. And we confess that we are atheists, so far as the gods are concerned.” (Justin, First Apol., ca. 167). 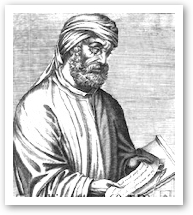 Tertullian: The First Angry Christian, or Just Another Atheist?

Plainly, the accusation comes from their doubts about the existence of the Roman pantheon.  So when Richard Dawkins confidently proclaims that we are all “atheists” with respect to the majority of gods who have ever existed, it begins here–with Jews and Christians.  It begins with doubts about the tales and myths propagated by their Roman hosts. –And just for the record, neither Tertullian nor Justin fits the description of local yokels that Celsus and Porphyry tried to pin on the Christians.

We can quibble (and should) over what the term atheist might have meant that long ago.  A fairly substantial body of scholars feels that atheism in the sense of rejecting the existence of God doesn’t achieve its modern proportions prior to the encyclopaedist Holbach’s rejection of the idea of gods  in the eighteenth century.  But that conclusion, along with strata like like “positive,” “negative,” weak and strong (old and gnu?) atheisms are just intellectual squares in a bigger picture.

If you put the picture together from its fractious bits, it looks like doubt has a significant amount to do with its coherence.  To get from a lawyer-apologist like Tertullian to an atheist-materialist like Holbach is a long trip, and it is peppered (just like I said) by the death-scenes of dozens of martyrs (yup, that word again) who coaxed doubt and skepticism along–people who were called godless by others but would never have used the term about themselves.

Does it seem improbable to the New Atheists that a full-frontal atheist like Holbach, so explicit in his denunciation of religion that his view even frightened Voltaire, wouldn’t have known the long history of heresies about the trinity, the nature of God, creation, biblical inspiration, and particular revelation? Or will this continue to be a blind-spot in the essentially ahistorical view that they’re professing–one that, frankly cheapens the history of ideas and thus their own, big,  negative idea about God?  It would be pretty rare, I think, to discover a view that is free of historical development, predecessors, and mediators.

Do they really intend to continue spinning historical fantasies that are not only wrong but embarrassing. 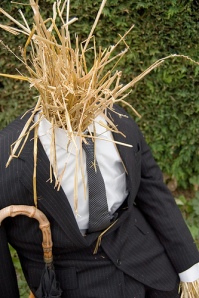 Strawman: The other guys martyr

One of Professor Dawkins’s favorite talking points about faith-heads is that religion is their “default position.”   Weak in science, they can explain everything including the origins of the cosmos and life on the planet through the legerdemain of beliefs that take the place of hard science.

I couldn’t agree more with the diagnosis.

But surely a big part of the ignorance afflicting faithheads is that they do not study history: They make it up, or they rely on a few convenient truths that they find useful in protecting their faith.  One such view is that history is negotiable and about things that happened a long time ago, so there is no real right or wrong–just viewpoints.  They see the time of Jesus and the modern world as overlapping periods punctuated but not punctured by science and critical history.
I personally find this tendency the most distressing, head-banging feature of the fundamentalist mindset.

And what does New Atheism do with the fantasies of faith-heads?  They create an alternate fantasy in which the history of religion becomes a caricature of intellectual and ethical developments: a static church with undifferentiated teaching about a God who is entombed in a book that has never been interpreted, challenged, attacked–or doubted.  It’s pure drivel.  Why do they do this?  because it’s convenient; because it has become their default position.

It would be a huge tragedy if the wishful thinking of some atheists became a template for understanding where doubt comes from.  It doesn’t come like Meals on Wheels  from Sextus Empiricus and covens of atheists who managed to survive the onslaught of “religion” and the “Dark Ages” in caves above Heidelberg. It comes like everything else from the cultures that we have shaped.

In none of these cultures has anything like the 4% (or whatever minuscule number) of hardcore atheists been influential in moving doubt and irreligion forward against the thundering tide of dominant religious orthodoxies. That role, as I’ve already said, has been taken by men and women of terrific stamina, courage and imagination.  And doubt.

Doubt has everything to do with religion,  Professor Coyne.

22 thoughts on “Did Religion Give Us Doubt?”