All said and done I had rather spend my time discussing what I believe than what I don’t. My plight is a common one for cynics. It is much easier to deny than to affirm, and especially easy to deny what other people affirm.

In such straits, I usually turn to poetry. I used to write it, and then was convinced by many well-wishers to give it up before one accidentally got published and set the literary arts back several hundred years.

The last poem I wrote was an epitaph for Antony Flew which is hidden away at New Oxonian somewhere and may be marked private. As I don’t have access to New Oxonian here in China, I’m not sure. But in any case it wasn’t about the old, confused Flew but the young tousle-aired Flew who could quote modern philosophy and Horace as though they lived on the same block. I think what I wrote was sentimental to the point of being mawkish, but you can get by with that kind of thing in “elegies,” to a point.

Auden’s epitaph on Freud is a terrible poem on an ambitious and elusive, maybe even an impossible, subject. He seems to know that, and strains throughout to make the poem detached and accessible at the same time:

Such was this doctor:/still at eighty he wished to think of our life from whose unruliness / so many plausible young futures / with threats or flattery ask obedience,/ but his wish was denied him: he closed his eyes/upon that last picture, common to us all, / of problems like relatives gathered / puzzled and jealous about our dying.

Primarily, the poem is famous for being one of the only poetic memorials of Freud, who not only loved poetry himself but had inordinate influence on poets of the twentieth century, not least Auden.

When the subject is a fellow poet, Auden’s restraint is real and his melody line is sure. ”In Memory of W. B. Yeats” links the death of the Irish bard to the collapse of civilization.

It seems extravagant until you listen to the question Auden poses: What is left of us if there are no more true poets? Who will sing our story when we are left only with the “importance and noise of tomorrow/When the brokers are roaring like beasts on the floor of the Bourse”? Poetry doesn’t come into this battle against anarchy fully armed; it “makes nothing happen. It survives in the valley of its own making where executives would never want to tamper.”

Auden’s face was a living description of this mid-century despair about the future of the poetic word “that flows down (south) to the raw towns that we believe and die in.”

Auden came to America to find poetry in the land of Whitman. He thought it had died in England, but found it dead here too. Eliot went the other direction, to England, to escape the Harvard philosophy department. (He refused to return to Boston for his viva after he finished the PhD thesis on F H Bradley). He may be the only true philosopher-poet of the twentieth century, but even if there were other good ones no one had Eliot’s ear and grace. Eliot did not share Auden’s intensity about writing epitaphs, but there are elegiac moments in many of his poems, like this from “Little Gidding”:

Let me disclose the gifts reserved for age
To set a crown upon your lifetime’s effort.
First, the cold friction of expiring sense
Without enchantment, offering no promise
But bitter tastelessness of shadow fruit
As body and soul begin to fall asunder.
Second, the conscious impotence of rage
At human folly, and the laceration
Of laughter at what ceases to amuse.
And last, the rending pain of re-enactment
Of all that you have done, and been; the shame
Of motives late revealed, and the awareness
Of things ill done and done to others’ harm
Which once you took for exercise of virtue. (IVQT, Little Gidding, iii)

People who don’t like Eliot usually realize that he is using words to hypnotize them into learning ideas. He is easy to resist and the ideas are rife with metaphysics.

I personally find Theodore Roethke’s poetry more lyrical, and I have tried a hundred times, without success, to imitate him without letting on. The ascendancy of American poetry in the late twentieth century has many explanations, but one of them is the preference of German-American poets for the strict sounds of English as a germanic language. Eliot, a typical New Englander, though reared in St Louis, is full of classicism. assonance, but (to be fair), controls it as Henry James, his near-contemporary Boston expatriate did not in his prose. But Roethke subordinates the idea to the sound without sacrificing the idea.

Roethke wrote one of the most beautiful elegies ever done about a tragic, uncommon incident in his teaching career.

Every professor, male and female, knows what it is to fall in love with a student. When it happens, it can be, I think, the pure φιλíα (philia) that exceeds friendship but does not lapse into sexual love–which is one definition of eros. For Plato, this is one of the risks and effects of knowledge.

Knowledge is hardly risky anymore, and in a “coarse” age, these sorts of relationships have been sexualized to the point where knowledge hardly factors. But in “To Jane: My Student Thrown by a Horse,” Roethke ponders the anguish of not knowing how to express grief when someone he loves has been killed.

Let his be the last word on how to write an elegy: 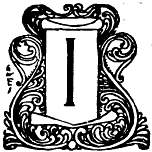 remember the neckcurls, limp and damp as tendrils;
And her quick look, a sidelong pickerel smile;
And how, once startled into talk, the light syllables leaped for her,
And she balanced in the delight of her thought,

A wren, happy, tail into the wind,
Her song trembling the twigs and small branches.
The shade sang with her;
The leaves, their whispers turned to kissing,
And the mould sang in the bleached valleys under the rose.

O, when she was sad, she cast herself down into such a pure depth,
Even a father could not find her:
Scraping her cheek against straw,
Stirring the clearest water.

My sparrow, you are not here,
Waiting like a fern, making a spiney shadow.
The sides of wet stones cannot console me,
Nor the moss, wound with the last light.

If only I could nudge you from this sleep,
My maimed darling, my skittery pigeon.
Over this damp grave I speak the words of my love:
I, with no rights in this matter,
Neither father nor lover. (1950)