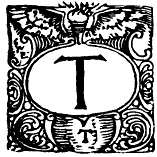 HERE is no reason to eulogize Christopher Hitchens except that, had he stuck around to read the tributes, some of what is being said might have amused him. So we will read each what the other writes knowing he would have said it better, except he probably wouldn’t say it at all.

Hitchens in many ways belongs rhetorically to another era, which is why the twentieth and twenty-first century, what little he lived in it, is privileged to have known him. His verbal style was self-conscious, but seemed effortless, driven by the “true wit” (what Alexander Pope described as “nature to advantage dressed”) that was perfected in Restoration and eighteenth-century England coffee houses and left Thames-side by the sober English migrants who came to America to escape the kind of ridicule his sort had represented back home. Hitchens’s choosing to live in America, the world’s second most religious country, was proof that original sin will follow you wherever you go.

It has always struck me as odd, but encouraging, that Hitch found so many fans in America. He was personally everything the American Everyman was supposed to detest: He was a creature of the Balliol junior common room and assorted Oxford clubs, an intellectual elitist, an omnipartisan despiser of political folly and individual power-holders, sharp-tongued and aggressively literate. In his New Yorker remembrance, Christopher Buckley writes,

“When we all gathered at St. Patrick’s Cathedral, a few years later, to see William F. Buckley off to the celestial choir, Christopher was present, having flown in from a speech in the American hinterland. (Alert: if you are reading this, Richard Dawkins, you may want to skip ahead to the next paragraph.) There he was in the pew, belting out Bunyan’s “He Who Would Valiant Be.” Christopher recused himself when Henry Kissinger took the lectern to give his eulogy, going out onto rain-swept Fifth Avenue to smoke one of his ultimately consequential cigarettes.”

The best way to remember Hitch is simply to admire what he did–what almost no one else could do. Because he was the touchstone for a certain kind of eloquence, all of the obituaries are affecting to reproduce that eloquence. I expect he would find that amusing too. His brand of rhetorical power is difficult to describe, so difficult that I saw yesterday his ease of expression compared to Norman Mailer’s. Whereas in fact their styles represent two entirely different kinds of combativeness: The “sports mad Mailer” as Hitchens called him, was a boxer who happened to write, and Hitchens was a writer who happened to fence. The latter’s contempt for going mano-a-mano (to quote a former US president described by Hitchens as “abnormally unintelligent”) was common sense; why do that when you can put a sword between you?

Less well known is Hitch’s passion for getting his facts straight. While he’ll be remembered as an interpreter, he was passionate about getting the basics behind the interpretation correct. I told him once he would have made a good thirteenth-century theologian, except that he quoted the texts too literally. In 2007 he was in a “discussion” with Alister McGrath who had accused him of misquoting a famous statement attributed to Tertullian, “Credo quia absurdum est” (“I believe because it is absurd”). He was genuinely agitated over the prospect that McGrath might be right; and the statement is sometimes thought to be important because it’s considered foundational for “fideism,” the belief that faith provides a kind of epistemological certainty. We had had dinner and he asked me if I could track down the quote for a response. Tertullian’s exact words are “Certum est, quia impossible” (“It is certain because it is impossible”), but the passage is problematical–just the kind of thing a theologian could pounce on, I warned him. “It will do.” he said. “Almost as good. I got him.” 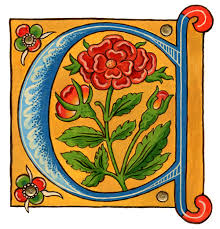 HRISTOPHER HITCHENS was our Dr Johnson–though “our” is not an inclusive term. Not accidentally, he knew almost every detail of Johnson’s rich and lexical life and one of his famous statements about his diagnosis of cancer is actually a spin on Johnson’s comment on a condemned prisoner: “When a man knows he is to be hanged in a fortnight, it concentrates his mind wonderfully.” A week ago, as fate would have it, I reposted his review of Peter Martin’s superb book on Johnson, which is one of his finest critical pieces for the Atlantic. Johnson, as much a Christian as Hitchens was an atheist, did not write “novels” and was anxious about French anti-clericalism sweeping into England. His picaresque novella called Rasellas, about the adventures of the “Prince of Abissinia” contains the following narrative meditation:

That the dead are seen no more … I will not undertake to maintain, against the concurrent and unvaried testimony of all ages and all nations. There is no people, rude or learned, among whom apparitions of the dead are not related and believed. This opinion, which perhaps prevails as far as human nature is diffused, could become universal only by its truth; those that never heard of one another would not have agreed in a tale which nothing but experience can make credible. That it is doubted by single cavillers can very little weaken the general evidence; and some who deny it with their tongues confess it by their fears.

Hitchens was a caviller at such ideas. The final hypocrisy is to live your life as though you will be seen and heard from again. There are no second acts in American politics or anywhere else. He was also content with the life he led, with its inconsistencies and nasty habits, and with the offence he gave, in the name of sanity, to the ignorance he saw surrounding him. That last sentence does not mean he thought he was fighting a moral battle, except insofar as his atheism was a steady compass, especially in the last decade, in a world where traditional morality had become a dark and superstitious sea. America, with which he had a pragmatic relationship rather than a love affair, was the last testing ground for the possibility of a new enlightenment, a place where the monsters of unreason reared their heads every day and needed to be beaten back.

Not altogether unrelated to the death of Christopher Hitchens, I have been spending a lot of time recently thinking about life, death and elegies. A few weeks ago, I came across a poem I had hand-copied in my middler year at Harvard Divinity School onto yellow legal paper. Even the paper tells me how old I am, but the thought lives on and it says something that Christopher Hitchens has said just as well in prose about the blunt, rude ordinariness of death. Death is nothing special.

HAT I expected was
Thunder, fighting,
Long struggles with men
And climbing.
After continual straining
I should grow strong;
Then the rocks would shake
And I should rest long.

What I had not foreseen
Was the gradual day
Weakening the will
Leaking the brightness away,
The lack of good to touch
The fading of body and soul
Like smoke before wind
Corrupt, unsubstantial.

The wearing of Time,
And the watching of cripples pass
With limbs shaped like questions
In their odd twist,
The pulverous grief
Melting the bones with pity,
The sick falling from earth—
These, I could not foresee.

For I had expected always
Some brightness to hold in trust,
Some final innocence
To save from dust;
That, hanging solid,
Would dangle through all
Like the created poem
Or the dazzling crystal. (Stephen Spender)