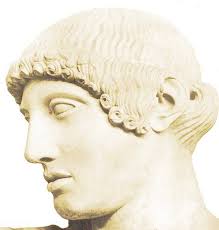 The scholars of the history-of-religions school realized, in the nineteenth century, that most religions were organized in cyclical patterns. The arrival of a new year was the pivot for these liturgical rotations and was always commemorated by fasting and reflection (symbolic of the passing order) followed by feasting and celebration at the hope of what the new year would bring.

The early Mesopotamian creation epics were essentially new year’s hymns about the destruction of the old order and the making of a new world. It has been theorized that the book of Genesis, or some prototype of its first chapter, embeds a similar Hebrew liturgy. The Jewish feast of yom kippur was organized on a sabbatical pattern to stress the need for renewal (kaphar: atonement). The secular evolution of the idea gives us the notion of new year’s resolutions.

More solar than lunar in their preferences, the Romans developed several solstice rituals, the best known being Saturnalia, the festival of light (associated with the quest for knowledge, symbolized by candles) and the feast of the dies Natalis in honor of the “birthday” of the Unconquerable Sun.

Christmas day, as most people know, is essentially the literal christening of the familiar Roman feast by fourth century emperors, and retains many of its new year’s elements–especially those (like the star in Matthew’s gospel or the angelic voices in Luke’s) associated with the lord of the heavens.

The “pagan” beginnings of Christmas are not news; the protestant reformers of the sixteenth century were so much aware of the associations that they wanted to abolish the holiday completely.

In puritan New England, it was forbidden to celebrate it and the fine for violating the prohibition was five shillings. In 1680 the only holidays permitted in the New England calendar according to Stephen Innes were the sabbath,election day, Harvard commencement day, and “periodic days of thanksgiving and humiliation.”

New year’s poems come in many shapes, but none is more subtle than Ranier Rilke’s hymn to Apollo. Here it is in the original German, with a translation by Stephen Mitchell:

We cannot know his legendary head
with eyes like ripening fruit. And yet his torso
is still suffused with brilliance from inside,
like a lamp, in which his gaze, now turned to low,

gleams in all its power. Otherwise
the curved breast could not dazzle you so, nor could
a smile run through the placid hips and thighs
to that dark center where procreation flared.

Otherwise this stone would seem defaced
beneath the translucent cascade of the shoulders
and would not glisten like a wild beast’s fur:

would not, from all the borders of itself,
burst like a star: for here there is no place
that does not see you. You must change your life. (S.M.)

3 thoughts on “A Bright New Year”