The Death of the Gentleman Scholar
by ADMIN posted on OCTOBER 22, 2011
“Wisdom crieth aloud in the street; she uttereth her voice in the highways” Proverbs 1,22

Recent events have made me remember that one of the reasons I dropped out of law school was that lawyers seemed just like businessmen to me. They told the same jokes, drank the same beer and ogled the same girls while they sat smoking the same cigarettes (when you could smoke cigarettes on a university campus, a hundred years ago) between classes. I had chosen “the law” (notice the phrase) because I’d seen A Man for All Seasons twenty times and thought if it ever came to it I would willingly die for justice, which had become in my head a worthy substitute for God. I’d left him behind at the end of my freshman year and there was an intellectual and moral gap that needed filling.
But I did not want to end my days among the sons of peanut farmers in lower Virginia, so I escaped and joined the ranks of the liberally artsy. I defended my choice by telling my parents that wisdom was as good as justice any old day, even if it didn’t pay as well. My Black’s Law Dictionary for years was a doorstop in my bedroom, reminding me of this early vocational recalibration. For their part, my family were still recovering from the time, at 14, I had absconded by night from a Roman Catholic minor seminary in Baltimore after deciding I lacked the right stuff to be a priest.

One of the things you learned quickly in graduate school was that you could not always be right. In high school it had never seemed to matter if I was wrong: everyone was wrong, much of the time. In college it mattered a little more, but in “major public universities” the cloak of anonymity helped to deliver you from discernible error. Their opposite, “the small liberal arts college” was where people with money went to be told, in the nicest way, that they were wrong, but that it didn’t matter because they were going to get a good job anyway and what really mattered was that they weren’t being taught by graduate students but suckled by grossly underpaid PhD’s.

But graduate school was different—primarily because error was conspicuous. It mattered. The twelve people sitting around the table with you all wanted to be right– to show that they’d done the reading, translated the passage, mastered the method better than their chums. Facts mattered when they mattered, but ingenuity and imagination mattered more, more than anything except sleeping with the professor.

So did civility. The quickest way to the bottom of the heap in every class and every seminar was to call a colleague (and mean it) crazy, wrong, pathetic, or dickheaded. In my over-long graduate school career, I probably encountered all of the known subtle equivalents of calling somebody hopelessly stupid, but never directly. You relied on market pressure and quiet consensus to make the case. You relied on what was beginning to be called discourse. Only once do I remember a student breaking under the pressure of this consensus and telling a professor, a woman professor as it happens, to go fuck herself. That student is now a lawyer.

What I remember most, however was artful disagreement: “You may be right that Shakespeare was an alcoholic, but have you considered that by our standards everyone in Elizabethan England was?” or, “I do take your point about the importance of classical grammar; but I think I’m with F.R. Leavis on this one.” It was always good to be with F.R. Leavis on anything, especially if the professor was with him as well. Cheap disagreement was citing expert opinion and footnotes in your own defence. Good disagreement was learning how to make a case of your own. Once, in the world, we had professors who knew the difference between the two.

The sensible pattern of those days stuck with me: in my own small classes and seminars, I don’t permit students to begin sentences with “You must be kidding,” “What a load of crap,” “Get over yourself” or “I can’t believe you just said that.” That’s for the mall, or a disagreement over drinks or Thanksgiving dinner. Treasure a space where it’s not allowed. And there is a small, cowed part of me that regrets that the free speech impetus of my college generation, thirty years on, seems to have inspired mainly linguistic muck and the artifice of quick put-downs. 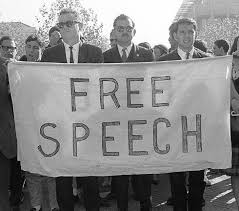 Graduate students, if they are lucky, become something called “academics.” They write book reviews to pad their resumes, then articles made from chopping their dissertations into tiny bits, and then recombine the bits, with invention, into new books. The smart ones never budge more than an inch from the research they did for their dissertation because, usually, it has meant a job, tenure, and intellectual territory. It has also meant, in some cases, a degree of celebrity–though the reality is that most academics will die in shadows gray, even if tickled pink at the number of hits they get on a Google search.

Anonymous or not, the scholar has always been a citizen of a larger world—the world of ideas. He is no longer confined to the seminar room, nor even to a particular “employer.” The academic world is wide and scary. Teeming with people just like the ones you knew when there were twelve of you around a table waiting for you to crash and burn so that they could rise and fly. It is Olympic, and full of people who sniff error the way hounds sniff for rabbit.

The profession of scholarship as it was inherited by my generation of scholars still possessed an element of chivalry. It is easy to scoff at chivalry, because it has been bruised, battered and left for dead in free speech wars, gender and sexual revolutions–and by fiat in the literary critical verdict that no discourse is privileged over any other and its marketplace corollary–that teachers are, first and foremost, industry service providers, and students are clients and paying customers. (Change that C- to a more comfortable B+ for you, John? My pleasure. Blanket?).

All chivalry is slightly artificial, based on the ancient idea of Do ut des – giving what you expect to get. But to say you were a “scholar” was also descriptive of what you were as a servant of knowledge, someone who would always be, in a socratic kind of way, a subordinate of the wisdom you were trying to communicate to students in the classroom and colleagues reading you in libraries.

The academic profession was a collective full of idealists who actually thought they were combating the ignorance that is the natural state of youth and society. They were the front line of defence against a return to barbarism and Hobbes’s first stage of Me-ism

Any academic is lying who tells you she hasn’t spent the last ten years in committee meetings being reprogrammed to know that the primary role of a university is not the dissemination of knowledge but the retention of students, frantic for self-esteem. This almost imperceptible insertion into academic life by the educationist theory factories will have had some innocent title like “The Changing Face of American Education” or “Managing Student Persistence.” But basically, the program to be got with was about how your ivory tower has been converted into a condo association. –And just to drive the point home, your performance reviews will be done by the customers every 16 weeks, and they do count.

I miss chivalry. I miss the cozy, feathered protection of Oxford common rooms, quiet tutorials where tea is served and two-hundred count formal lectures where students take notes instead of covert text messages . I even miss calling my students Mr and Miss, already quaint in my day when socialist professors insisted on their right to be called Jerry.. But in his heyday, madly perhaps, the scholar “behaved” as though he knew what he was: a servant of knowledge, a master of arts, a professor of wisdom–of some sort–an unworthy midwife who “got” the Socratic thing about knowing nothing being the first step in knowing.

But one thing that did not change until much more recently was the discourse, at least not substantially. In the reviews you wrote, you tried to imagine the scholar whose work was in front of you and sharing your predicament. If you rose in the ranks, and he hadn’t, you felt the tug of generosity in knowing that a good word might make the difference between tenure and failure. In the books you wrote and edited, you were careful to give full and fair credit in footnotes (which seemed to grow inexplicably longer than your paragraphs as you created your case or argued your point).

I have seen trenchant, damning reviews of my work and undeservedly generous ones. The damning ones did not call me a fool and the good ones did not call me a genius. Once upon a time, the world of ideas was more about the ideas than the advocates. Now, a political model rules in which killing the advocate is the fastest way to get rid of the idea. If Barack Obama is a communist, how can anything he says be right? If Professor Lewis is a Jew, of course his opinions about Islam and terrorism can be ignored, negated—nay, vilified. Judging a book by its cover, a scholar by his race, politics or religion, is nothing new of course; except that scholarship itself is supposed to be about correcting this predilection, not buying into it wholesale.

Based on my conversations with colleagues over the last year, I’m sad to say that the gentleman scholar is as dead as a doornail. What G B Shaw once said about Christianity (“The conversion of the savage to Christianity is the conversion of Christianity to savagery) is more profoundly true of scholarship, where the popularization of ideas makes it difficult to distinguish between good ideas and atrocious ideas since all have equal standing in a world of flash and hyperlinks.

It means that many scholars, including scientists, can use the “authority” they have earned in a particular area and apply it to areas in which they have no expertise at all. Amateurs who failed as job-getters, teachers or authors can find a new life as experts in virtual classrooms in which the only responsibility is to themselves. (I speak of blogs.) Self-taught experts can cavort with real experts in the great democracy of ideas where no one is better and so no one is, really “right.” In short, the chastening experience of criticism that might have led to self-criticism, humility and a keen sense of wrongness just doesn’t happen. What does happen is a style and language that makes rightness more difficult, makes “knowledge” so negotiable that it becomes indistinguishable from darkness. ”Learning” (awful, archaic idea) becomes affectation—pomposity and arrogance. Late-breaking news and myth-busting become the current wisdom.

In a world dominated by the twin opposites of sham authority and rank amateurism, the first casualty is real scholarship.

26 thoughts on “The Death of the Gentleman Scholar”