Jerry Coyne at “Why Evolution is True” shouted a few weeks ago that “Joe Hoffmann Knows the Truth About Jesus.”

I am much beholden to Jerry for the good news [sic] since I didn’t know I knew. But as Jerry seems to like the word “truth,” let’s talk about it..

First of all, truth is a quality of propositions in logic, not a set of facts. People are always getting that wrong, but it’s high time we got it straight.

Even the Greeks–especially the Greeks–were too smart to equate truth with facticity. It is possible, not to mention fun,  to create a valid deductive argument that is completely false: A syllogism can be true, but not valid (i.e. make logical sense). It can also be valid but not true. It depends, as an annoying logician friend never tires of telling me after two gins, on knowing your modus ponens from your modus pollens, as in

But count on it: There is always some wanker  in the corner (usually a mathematician) not sufficiently drunk who will say, “The problem is, you see, he didn’t” (smile).  Exactly. 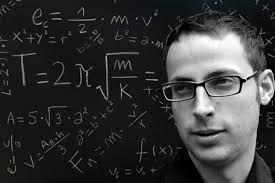 Second, truth is a slippery word in the sciences and that is because the sciences are more comfortable dealing with epistemological variables of a scalar variety like “certainty.” Colloquially “truth” in the form of conclusions or warranted assumptions is what you get when all the evidence stacks up in favour of a hypothesis.  And the language of “falsification” (falsifiability) was widely used in the mid-decades of the twentieth century in philosophy to refer to the testability of hypotheses  through experimentation– a very deliberate attempt to move discussion away from the receding goal of  “truthification” meaning a level of certainty that scientific method cannot provide.

But truth in metaphysics means something completely different.  Scientists normally have no interest in metaphysics because if they do they end up having to discuss things like the soul and the eternity of ideas, and if you want to make a scientist squirm start talking about those things.For that reason, scientists often group theology and metaphysics together as belief in fairies, while philosophy and theology have poignantly rejoined, Oh yeah?

To be a little more serious,  it is is perfectly reasonable to ask the question, What are the facts about Jesus?  I am happy to approach that question without the obvious rejoinder, It depends on what you mean by fact. Facts should not be subject to what you mean by them; if that’s your fancy you are talking about opinions. In my little outline of the Jesus book, I was not talking about what I mean by facts that I ascertain from some private knowledge or speculation; I was talking about what might be plausibly concluded on the basis of certain very limited and provisional criteria for establishing historicity: context, conditions, and coordinates.  This does indeed leave much in the realm of opinion, but it is the kind of working opinion that Socrates (and science) calls θεωρία–theory, and as all scientists know, theories are susceptible to grades of proof based on types of evidence. The same goes for historical inquiry. 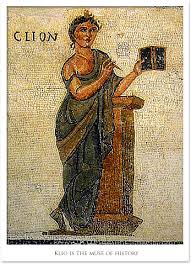 Sometimes in such inquiry,  facts hide behind, under and on top of opinions. This is especially true in the artifact evidence we call the gospels. It is a fact for example that Mark or someone who wrote a piece of lore that goes by his name, said that Jesus was the son of God. Even if you take that statement as, properly speaking, false or fraudulent, it remains a fact that it is said.Saying it does not make it a fact that Jesus was the son of God.  If to be logical we want to put it this way, the statement is not falsifiable. But neither does it mean that Jesus is not the son of God.  Because the prior question (which too many mythicists and amateurs take for granted at their methodological peril) , is what did the writer mean when he called Jesus the son of God? That is not a metaphysical or theological question–though heaven knows after almost 2000 years it is hard to see it any other way.  It is a linguistic question.

More important, the gospels are full of pesky questions like that–language that taken at face value won’t even get you a nose.  To get at the facts we have to distinguish layers of meaning, cope with ambiguity, linguistic disparity, translation difficulties.  We also have to be aware of the type of literature we are dealing with: no one is quite sure what a gospel is (though theories abound),but there are a few works like them in the ancient world. But one thing we know they aren’t:  collections of facts. 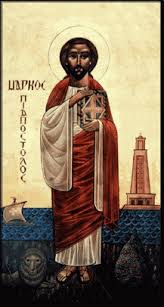 Jerry is quite right that much of my outline sounds very much like a plausibility argument and that plausibility is a weak place to begin discussion of the historicity of Jesus:

While I haven’t yet read his book, since it hasn’t been written, Hoffmann’s analysis seems to be more a matter of opinion and plausibility rather than of solid historical documentation. And, when it comes to the existence of Jesus, “plausibility” arguments are all that historicism can adduce. They’ve never settled the issue, or even come close.

But to use his favourite word, this is not true. Look at the phrase “solid historical documentation.”

It is a good phrase but totally useless in sorting through much of ancient literature, where much of what we have to go on is neither solid nor (in the modern sense of objective reporting)  historical .

That is where plausibility comes in. Plausibility’s no a substitute for argument and evidence. It is a precondition for argument based on interpretation  of facts–meager, disguised, reversed, buried and otherwise hard to catch by the throat. Without establishing that Jesus in one stratum of the tradition about him–namely, the gospels– is a  plausibly historical figure there would be no sense saying that he is arguably historical. A Jesus who in all or most particulars violates the conditions, coordinates and context of his time would certainly be mythical, because mythical figures tend to operate in the service of an enveloping story–the sort of thing Paul does with Jesus by transforming him into the Lord at whose name every knee must bend–a timeless symbol of salvation and redemption from sin.

There is no doubt at all that there is a is a mythical Jesus, and we already know where to find him.  My point is simply that the plausible Jesus of the gospels is not that figure. This is where the process begins.

28 thoughts on “The Truth About Jesus?”