In the wake oe Election 2012, it is time to get serious about secularism and humanism again. One thing for sure, Congress won’t.

It has been forty six years since Harvey Cox was made famous by a book called The Secular City.

I’m sure people read it—they certainly bought it–but apparently very few people took it to heart. It was famous for being famous, had an untidy thesis and worst of all did not prominently take on the topic its title promised: the secularization of American life. It was dazzling, intellectually promiscuous, and energetic, much like its author, a “village Baptist” come to Harvard.

And it was an extended broadside against the death of God theologians who then dominated the covers of Time and Newsweek and whose shelf-life, after the initial shock of the new, did not amount to a decade. 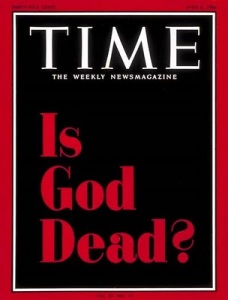 No one could quite make out what they wanted God to be, so the thought that he was dead turned out to be something of a consolation. “Now,” I remember…