Edward Snowden is a 29 year-old American who landed a very good job after taking a computer science class at a junior college–for high school credit.  Most of his life, it seems, was spent on the internet.

If an auto-didact is someone who teaches himself through reading books, Snowden is one of a growing number of cyber-didacts whose entire knowledge of the world is based on their interaction with screens and codes.

In a world dominated by video games like Dragon Warriors and The Portal II, (where,  gratifyingly,”many years after “Portal” Chell reawakens in Aperture Science and tries to stop GLADoS once again with the help of Wheatley, who has his own plans for the historical facility”), Edward Snowden eats, breathes, and stays awake

The electronic Manichaeism of the age reduces everything to super-villains and superheroes who thwart their evil designs.  Most of us who live in a more-real world have not crossed the line between playing games and inserting ourselves into them as avatars of the virtues or strategies they embody.  But Edward Snowden did.  He crossed the line between electronic appearance and political reality.

And for him it must have been an easy line to cross.  He woke up and went to sleep each night within the matrix.  No friends are coming forward to say “He was just a normal guy–a fun-loving kid in his twenties,” because he wasn’t.  Even the girlfriend he chose for himself was a super-fit Laura Croft, ripped from the pages of a Marvel comic. 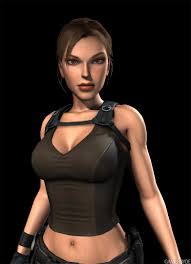 What he does not know is that he cannot possibly detest America as much as most countries do.

The price America has paid for free speech and openness is to wear its sins in public, often on its face, while other countries–including the former Soviet Union and China, but loads of others lead their political lives in private, rig elections, and rule media with an iron glove

Even the soul-searching and hand-wringing that is happening in public because of his folly would be unthinkable in the kind of country he fantasizes he is living in.  But it is too obvious a point for either Snowden or his fans to take in.

He does not know this because as an avatar of an unreal hero he has no context, no reality, to refer to.  He blips along controlled by impulses that come from a brain unaccustomed to reflection and critical thinking, unformed by the complexities of history and unaffected by intuition and compassion that makes life in the real world possible.

He also does not know history, a thing he shares with the caste of anti-Americans in Europe and around the world who equate power and corruption as a matter of simple truth and logic–the logic of the video game he is playing.

America was founded on distrust of government. That distrust still defines the political landscape, from Tea Party-ism to Libertarianism, to mainstream (if it still exists) politics.  That distrust has its downside, because it means that voters are never happy with the status quo and always ready to believe that their government is lying to them.  When recently Mr Obama called for a Marine to hold an umbrella over his head to prevent him and his guest from being soaked with rain while giving an outdoor press conference, the newspapers immediately depicted it as an act of an “imperial president.”  -The real story elsewhere would be that he had to ask.

When the innate distrust of government  is communicated in the media, in movies, and in political debate to the rest of the world, the image that America sends outward becomes the image of America that comes back at it.  The fodder for anti-Americanism has been the raw material that American democracy has exported to the world–its insulting image of itself– for almost a century.  That self-affirming image is the one Edward Snowden came to believe in: a cartoon frame of an evil, conspiratorial CIA master-club dominated by cyberites who want to control minds and drop bombs.  Sure. Why not?  Isn’t the fact that the United States is “eavesdropping” on millions of Americans proof that this conspiracy exists.  Of course it is.

For a computer guy like Edward Snowden, the why question, the prior question, will never arise. Short of robbing them of their pensions, what use does American government have for so much information?  In a land of shrinking interest in anything and dwindling attention spans, who would pay attention to such sludge- dull information?

The possibility that in defending a greater good, national security and constitutional democracy–freedom in short– it is necessary, sometimes, to do a modicum of unpleasant, even unusual things–that explanation is not nearly as sexy as life in the Portal.

His very life had become an affirmation of a comic reality in which an overreaching, awe-inspring government was out to control the lives, thoughts, and actions of the underlings

But, again: why?  We are long past the point where people’s souls were thought to be valuable, so it can’t be a soul harvesting operation.  And the idea that Americans can be turned into thought slaves would require a political establishment populated by men with brains, so it can’t be that either. Maybe vital organs?  Maybe Edward Snowden knows.  But more than likely, it is not a question he has ever thought about.

It’s a question I always want to ask.  Not just Edward Snowden but everyone like him who seems to think that America cannot be sinned against and can only be an aggressor.  Is it partly the residue of Bush era adventurism, the legacy of the Cold War, “unique” superpower status in the world, the effects of Viet Nam?

I don’t know when America “became” satan, only that if it were truly successful at being evil–I could name a country in this slot–the world would not know much about it.  America changes drivers far too often for the “concentration of power” the founders (Google it Mr Snowden) feared to ever happen.  That is why it is absurd to demonise the American government: just when you’ve got the demon in a corner, someone votes him out.  But no one is under any illusion that the entity (a good computer game word) that replaces him is an angel.  It was the eminently distrustful James Madison who said, “:If men were angels, no government would be necessary.”  But they aren’t he reckoned, and even though in normal circumstances the will of the people is all that’s necessary to keep the government under control, “experience has taught mankind the necessity of auxiliary precautions.”  Mr Snowden worked not in the matrix but within a calculus of “auxiliary precautions.”  No one explained it to him.  If they had, he would not have understood, because his matrix has no history; it is an eternal Now.

It chokes me to say it, but if  freedom, openness, self-criticism, the cultivation of conscience and liberty are virtues in a nation, it seems to me that no country is as virtuous as America.  If Americans really thought their civil liberties were being sold to the highest bidder in a data mining facility in Maryland, there would be another revolution.  And interestingly, revolutions are bad material for video games because the stakes are uncertain and the principles are not modal.

Edward Snowden, after all is said and done, is a cipher on a screen.  You can almost see the pale blue lights flickering across his lifeless, uncomprehending face as he came to believe that he understood the game he was playing.

He made his own rules, created his own matrix, declared himself the winner, based on his own score.   Computers are simple for him,  just like good and evil were simple for the Manicheans; it is hardwired into all of us,  embedded in a syntax where operations are either legal or not.

9 thoughts on “The Cyber-Theodicy of Edward Snowden”