You thought that love’s a bit like gold
Or like the stories you were told,
Or that true love is like the fire
That burns to make the night a liar.

You thought that love is like a thief
Who steals your linen handkerchief–
Or, like the lightening in the skies,
A mere electrical surprise

You saw your love personified
In roses and in girls who cried;
In messages that never came
Or when they did were all the same.

And in the end you came to know
That love is just the to and fro
The rumpled sheets in bed and nest
From girls who loved you, but not best. They fuck you up, your mum and dad.
They may not mean to, but they do.
They fill you with the faults they had
And add some extra, just for… 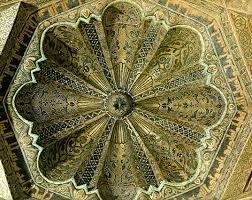 In the flow of light to dark

the jeweller is hard at work.

In the spaces between light and dark,

in birth and death:

he works a royal robe.

In the flow of light to dark,

where the Jeweller speaks

or hisses his decisions,

dangling me in the balance,

in the shadows, day to night.

If you are wanting–

If I am wanting:

Death for the all the worlds

in the kingdom where

there is no day and night.

The works of our hand,

all glister and fashioning

The world comes at last to this!

In the beginning was the end.

“Put the kids in the basement Mother, there’s one of them scientist fellers at the door.”

I read a blog written by Ian at Irreducible Complexity a day or so ago that attempts a useful feat: offering a typology of Jesus mythicism ranging from something he calls Jesus minimalism to maximal mythicism, with some shades and positions in between–postive, analogical, and methodological forms of the approach. It’s a nice try (though, oddly, it seems to owe a lot to the Wiki on Jesus Mythicism) to bring some coherence to a process that he cleverly describes as trying to “nail jelly to the wall.”

Typologies are useful things, and there’s no doubt that people have different levels of confidence in the primary artifacts for knowing anything about Jesus.

It’s also true that people will come to these artifacts with different ideas of how they should be handled: with kid gloves, if your approach is overly theological or apologetic, or a sandblaster if you think the whole structure…