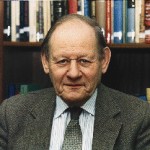 We will soon be marking the first anniversary of Paul Kurtz’s  Neo-Humanist Statement, a charter for a way forward in the study and application of human values at a global level.

My own view of the new Institute for Science and Human Values is that, given Paul Kurtz’s intellectual restlessness, it was bound to happen.

The Institute is not so much a new creation but the culmination of his assessment of where other organizations have fallen short or have been driven by short-term thinking to harp on one string. The reduction of the humanist message to an ever-narrowing vision was not just unacceptable; it was the contradiction of the full-bodied humanism he had worked for throughout his career.

For Kurtz, this vision entailed two separate steps: the rejection of parochialism, exceptionalism (“nationalisms”),  and dogmatism.  (All three ideas are laid out and laid bare in the Statement.) And second, an honest evaluation of what we can do to create individuals and institutions that promote moral excellence.  We cannot move forward until we faithfully examine where we are and where we have gone wrong–where we stand in relation to what Bacon called the “idols of the tribe.”

Kurtz was touting the inevitability of the global community and the need for a new ethical regime to support it before many academics–certainly before most politicians–knew what the word  meant.  To understand this, his own intellectual biography comes into play.

In 1977 the profoundly smart American historian, Henry Steele Commager published a book entitled The Empire of Reason.  The book grew out of the intellectual climate of Columbia University where he taught from 1936 to 1956.  Columbia had become famous for either producing or giving refuge to the gurus of liberal democracy, loosely bound together in a confederacy devoted to the liberating power of the humanities and the power of ideas to change society.  In the American Century, Jacques Barzun, Joseph Campbell, John Dewey, Mark van Doren, Mortimer Adler, Paul Tillich, Reinhold Niebuhr (Union), Moses Finley, Sidney Hook, John Herman Randall,  and Lionel Trilling–to stop only for breath–walked in the shadow of Lady Columbia.  Not to know at least some of the names in that list means that you may have missed the formative debate about the role of education in American democracy, one of the greatest debates in the history of the Republic. (That debate is still going on, by the way, and the ones least able to participate in it, tragically, are our legislators.) 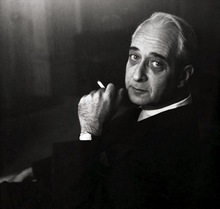 Paul Kurtz took away from his War experience in Europe and his graduate days at Columbia a staunch faith in the capacity of democratic institutions to make people’s lives better in a world that was changing quickly: on the one hand, bringing people closer together through communication and, especially, education, but also into strained alliances and sudden conflicts, as a result of global shrinkage.

To say in 1950 that America was a “shining city upon a hill” wasn’t what it meant when Ronald Reagan was handed the phrase for the GOP in 1987 .  The expression was first used, symbolically, of “America” by John Winthrop (quoting Matthew 5:14-16) in 1648, then by John Kennedy in 1961.  It did not mean that America was better and brighter than everyone else’s city, but that it embodied vision and hope, ideals of social liberty and equality, the absence of which, from the American intellectual perspective had caused two European wars and the deaths of millions.

I remember hearing the philosopher Isaiah Berlin in Oxford in 1986, responding to an edgy question about his oft-professed love for America at a time when America’s ante was especially low in Europe and Reagan-era anti-Americanism was practically a school of philosophy in it own right. Berlin after a pause said to the youngish, smuggish interviewer, “You weren’t around then.  You can’t imagine how unbelievably dark Europe seemed to us then.  The only light there was was coming from across the sea.”  It was that kind of perception that a whole generation of Americans brought back with them from Europe: that they had done something worthy.

The phrase that had circulated widely among New York intellectuals in the 1950’s, the immediate post-War decade, was the term “practical wisdom”(phronesis, φρόνησις) a classical ideal (especially in Aristotle’s thinking) that relates to how the knowledge (sophia) we acquire is translated into the good life through thoughtful action.  Werner Jaeger had given the term and the idea currency in  a book called Paideia: The Ideals of Greek Culture (1939-44). A pragmatist by temper, Commager thought the riddle about what was good for the mind, as mind, and what is good for the soul as virtue had been solved in the early American experience, where the story of the past was not valued for its defining and enduring permanence (as in Europe) but as a cautionary tale:

“While Europe looked toward ancient, stagnant civilizations like China’s, America looked at a horizon. True, the Old World had Goethe, Priestley, Kant – but the reality was that cities were put to the torch, nobles rode heedless over the fields of peasants, the Irish cotters starved to death….”

Americans, with “no King, no Court, no aristocracy, no body of laws, no professional army, no Established Church, no history, no tradition, no usable past” were required to invent a working society from the bottom up. Thomas Jefferson is exalted as the native philosophe embodying this development–a man who knew what the philosophes knew, but did not waste his time drinking coffee in the salon after he knew it.

Commager, as an historian, expressed the uniqueness of the “American way” in his own hyperboles, of course: The enlightenment in Europe,  was essentially theoretical rather than practical because it did not end in social or political amelioration (almost no European scholars agreed with him). But many of his conclusions about America wanting to create “a more perfect union” and references to the “pursuit of happiness” (not merely economic prosperity) were translated into important and defining differences between old Europe and young America in the early republic. Ideas like righting injustice, affirming human worth and diginity, and seeing government as a benevolent partner rather than an overlord in helping people to find the good life were there from the beginning. For all the hyperbole, Commager had managed to capture something important about the native humanism of the American spirit, which was always threatened not by a Europe emerging out of the dust of war but by nativism and isolationism, especially in its raw, loud, religious forms.

These were affirmative and optimistic ideas, coming soon after long centuries of religious warfare in Europe.  The general sense that religion could not be trusted to secure the enlightenment of men and women whose new fundamental identity was “citizen” and not “parishioner” or “layman”  was also there from the beginning, and a general distrust of priestcraft, popery, dogma, and supernaturalism is also there from the beginning.

This little bit of history is necessary to explain the background of the Neohumanist Statement.  Most of the names mentioned above would have called themselves “humanists,” or “ethicalists.” A few flirted with, then got disillusioned by, socialism and communism. Some were Jews by family tradition, some were Christians, some would have been reluctant to call themselves anything, other than pragmatists.

They had common concerns about religion in the story of western civilization (the Durants were a special case of this almost zealous commitment), but equally too much aware of the complexities of historical narrative to think that religion was the only problem human beings were likely to face or needed to overcome.  To oversimplify a body of work and thinkers who never formed a “club” (though the New York Intellecuals came close) they seemed instinctively aware that the problems we face are human problems, and to the extent that “religion in society” (a phrase popularized by Reinhold Niebuhr) can be identified as one of those problems, it has human solutions, too.

In his previous work, Paul Kurtz as the offspring of this movement has made the same point: the philosophy he once named “secular humanism” was his way of saying that humanism will always be non-dogmatic and must be naturalistic in its approach to the world.  We are real people, living in real time, dealing with real problems.  The resort to magical thinking is never an option.  We did not “make” this world–it was given to us to explain, interpret, and make our home; and religion is one of the ways in which we have tried to explain it to ourselves.  Now that science has arisen as a better explanation, people will have to judge for themselves, in honesty and charity, what the future of religion is going to be.  Yet in the Statement, this discussion emphasizes kindness and respect rather than hostility for creeds outworn.

But the Question of God, and the matter of religion, cannot dominate our thinking as humanists. Kurtz has written repeatedly that humanism is not atheism: it does not begin there, and it cannot stop there.  If the reality of global civilization is the rapid pace of change, discovery and kaleidoscopic power and economic shift, then there is simply no time to mourn the death of God.  There is too much to do.

Kant (in the Anthropology from a Pragmatic Point of View) once saw a defining element in human nature as its commitment to scientific discovery being out of all proportion to the lifespan, in which questions that were just being asked were not likely to find answers. This he found remarkably unlike the day-to-dayness of animals. It proved to him that even though we struggle to maintain the moral good in a nature that also bends toward “evil,” the good of knowledge drives us on–a temptation in its own right.

That fundamentally affirmative approach to discovery is essential to the neohumanist vision: it is not limited to what we can accomplish in our four score years and ten, but open to what we can begin to do and to learn.  This means that the question of God’s existence or the postulates of religious morality which dominated thought for so long, will not be at the center of the humanist project.

A narrow atheist agenda is as retardant to achieving the good life, as humanism understands that word, as a narrow theistic vision was in the twelfth century.  God no longer stands over us–this reality is not an argument.

And while it will always be important for the humanist to defend this assertion, and to remind the most ardent defenders of the religious world-view that their grip is gone, and that the age of faith is over, the real work is not in re-fighting yesterday’s battles as if they were new ones.

The real work, as Paul Kurtz has again reminded us, is always just ahead.