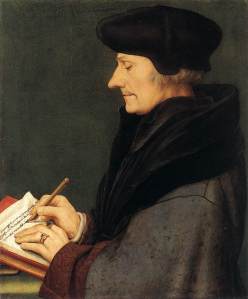 We believe that secular humanism is dead.

We believe that secular humanism now means so many different things that it has ceased to mean anything at all.

We believe that secular humanism does not represent a coherent philosophy or life-stance but a patchwork of ideas that are no longer revolutionary and meaningful and will not coalesce in the future.

We believe that organized humanism and the humanist movement have lost their way in a labyrinth of special causes, pleadings and agendas; that secular humanism is now a clash of competing liberal doctrines, lifestyles and agendas forced into conformity without sufficient examination, and that reasonable people will look elsewhere for intellectual energy, political resolution, and ideological support.

We believe that the close identification of humanism with secularism, free-thought and atheism was a collusion of opposites, limiting the breadth of the humanist spirit, denying the contribution of religion, theology and spirituality to modern culture, minimizing the intellectual continuity between past and present, and discounting the evolutionary nature of ideas and ideologies.

We believe that secular humanism does not provide new or carefully reasoned warrants for its own commitments—to “naturalism,” “science,” the use of “reason,” and ethical values based on these commitments–and that neither as an ideology nor as a movement has it made concrete contributions to the areas it claims to promote. Neither science nor ethics, it has been committed to a program of abstraction, pseudo-scholarship and polemic, a cause without consequences.

We believe that secular humanism’s narrow focus on the evils of religion, the paranormal, and anti-supernaturalism has become quaint, backward, isolated from modern discussions of belief, entrenched in archaic debates unworthy of serious intellectual discussion.

We believe that secular humanism’s use of “skepticism” to debunk superstition, the eccentric and the irrational has trivialized philosophical skepticism and that its assault on credulity has been derisive rather than informative.

We believe that secular humanism provides no coherent system of values and ethics: that its social philosophy depends on a relativism it mocks and that its call for a global ethic is rooted in an antiquated view of the world and its cultures.

We reject, as humanists, the belief that our way of knowing about the physical and moral world can be reduced to naturalism and science; as skeptics, that atheism is a priori the sensible position of the reasonable man or woman.

We reject the idea of a single operating system for the humanist tradition in the arts and sciences.

We believe that secularism is not an irresistible trend in culture but a pattern of detachment from the control of dogma that was the fruit of modernity. We see this process continuing in terms constantly being reshaped by believers and unbelievers.

We believe that intelligent men and women of religious faith have been at the forefront of efforts to limit the dominance of religion, to insist on human rights and freedom of expression, and the separation of religion and civil government.

We believe this as a matter of a history that stretches back to the Renaissance, and not as matter of corporate ideology.

We believe that an authentic humanism is neither “religious” nor “secular” but an engagement with the highest achievements of human civilization in the arts and sciences measured by their effect on the human spirit and human values.

We believe that human beings are value-making creatures and that humanism at its most generous is the discussion of the grounds for human action, the warrants for human assent, and the propagation of ideas and objects that are worthy of our best instincts and aspirations.

We believe that moral positions are justified not solely on the basis of the rational decisions of individuals but are responsible to history, culture, and society.

Please feel free to comment on this post or suggest constructive changes. It is a work in progress, not a finished product.

29 thoughts on “A Post-Secular Humanist Manifesto”