Once upon a time in the dark Norwegian forest a clan of tomtens were busy at work making straw men for their screed patch.

The tomtens had been doing this for so long that they had forgotten who had made the first straw man or why.

The oldest of the clan, Leif Gunderson, said that his father, Gunder Leifson, had told him it was because of the trolls who raided the patch to steal the prickly pompouskins.

The screed patch was the only field in the north country where pompouskins grew freely and the maker of the tomtens, Bradi Boddason, had made it their sacred duty to protect the pompouskins at all costs–even if it meant losing their red hat or having their beard tweaked.

Olaf Olafson, who was a November younger than Leif, said that his father, Olaf Olafson, had told him it wasn’t the trolls they needed to fear but a band of marauding courtier gnomes who had learned to read and write–and had learned magic.

‘They were spreading their teaching in something called ‘books’ said Olaf.

“They have invented a way of drawing the runes on bark, to teach their ways.”

But the last courtier gnome had left the forest a hundred Novembers ago, and the old tomtens said he was more than a thousand Novembers old at the time.

Some of the younger tomtens doubted this, and they were punished for their rudeness by having to make ten extra strawmen every day. Over time, the tomtens were running out of room for the strawmen, and had even discussed starting a new screed patch. 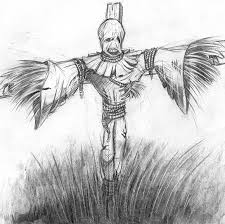 None of the tomtens had ever seen a troll. They only knew the stories their grandfathers had told them and the commandment:

The tomten law is to use straw 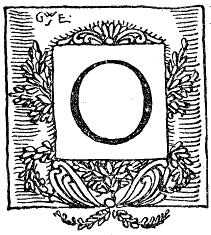 ne day, while gathering straw for their straw men, Sven Svenson saw a curious thing poking up from the ground just next to his haycart

Sven took his spade and began to dig carefully around the object, which looked very old and very delicate to him. It had a hard cover, like a box, but was unfinished on three sides, and came open and was filled with sheets of the thinnest bark. The sheets had been marvelously sewn together and fastened to the box.

The bark was finer than any Sven had ever seen, and covered with black signs on both sides. ”I will take this to Gunder,” he thought and turned to join the other tomtens near the screed field.

Just as he turned, a voice behind him said,

“Give me the book, Sven Svenson. It is not for the likes of you.”

Sven turned to see an enormous troll–the kind his grandfather had described–at least four feet tall with mere whispets of hair and enormous hands and bare feet. He wore a filthy tunic and carried a heavy wooden club.

Sven’s tomten heart was racing: he knew he was the only tomten in the northland who had ever seen a troll. But he knew as well that if the troll became angry, or hungry, he would eat him.

“The what?” said Sven, clutching the object more tightly. ”What do you call it?”

“Who are the courtiers,” asked Sven.

“Oh yes, like Bradi Boddason made us,” Sven said eagerly.

“Give me the book Sven,” said the troll more impatiently “It is not for the likes of you. It has great thoughts and we are small, you smaller even than me.”

“Tell me, sir, because I see you are a man of learning, unlike us tomtens who spend all day making straw men to keep your kind from our pompouskins, what is in the book?”

“I do not know exactly. My grandfather Harrald knew a courtier. He told me that the gnome they believe in is called God–something like that. They say he made sky and earth and the forest and the deer. They say he lives in the sky and had a son. I reckon his name would be God Goddson.”

“Is his wife a wealth-sucker like Hrungnir? How many daughters does he have?”

“No, no. There is no wealth-sucker. There is only him. He makes by himself. He makes everything–all the trolls, the gnomes, the forest. Then he grows tired of it and washes it away in fury, in a great rain. Then he remakes it but becomes unhappy with it. So he promises to set fire to it one day.”

“Not even the hags are so vicious!”, said Sven.

“The courtiers do not see it our way. They say he is good and merciful. They pray to him.”

“I am not sure,” said the troll. ”They say he likes prayer.”

“Our skald, Bersi Skaldtorfuson was captured by Olafr Haroldson and sang many sad songs about us, but none as sad as this. I feel sorry for the courtiers.”

“As well you should, Sven. And that is why I say: the book is not for the likes of you. It is why we drove the courtiers away, and without the prickly pompouskins we could not have done even that.”

“The pompouskins,” said Sven, a glimmer reaching his eye. “You pelted them with pompouskins.”

“So, you do not want the pompouskins from our screed fields.”

The troll looked suddenly amused. “We have no need. We haven’t come near the screed field in many Novembers, not since we learned the secret of the long bow and how to sharpen sticks. But, my father said, how the courtiers hated being pelted with prickly pompouskins by trolls. His stories always made me laugh.” The troll’s face relaxed. It looked almost kind.

Sven handed the book to the troll. The troll turned to go his way.

“No,” said the troll. ”I am going to bury it somewhere else, somewhere where it will never be found. –A desert perhaps, far to the south and east of this forest.”

“I pray it will never be found,” said Sven.

“You are a wise little tomten,” the troll said as he strode away. 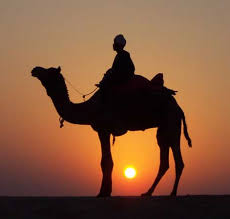 7 thoughts on “The Tomtens Discover God”