I was recently privileged to be asked by a major publishing house to review the outline for a new world history text (History of the World), written by a key new atheist writer, who also happens to be a scientist.  As we are all aware,  atheists are especially keen to guarantee that material appearing in textbooks is  accurate–especially when it involves material about science.   So I was happy to see them turning their gaze towards historical questions and developments.   I hope that, in future, our children will benefit from more history books written by men (and atheist women!, let’s not forget ) committed to an atheist worldview:

HISTORY OF THE WORLD

1.  First came the classical period.  It was when people first began to classify things.  In the classical period men began to get skeptical (skeptical is a Greek word) and they had almost come to disbelieve in the gods and to develop science. Especially Aristotle, and others, too [insert list from Wikipedia].  In this period people invented  biology, though they got some things wrong, and geometry.  The main language was Greek and Latin from which we got a lot of scientific names for things. 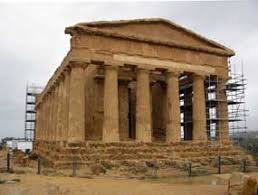 2.    But then, Christianity happened.  Superstition is invented. Libraries are burned by Christian theists, especially the big one in Alexandria, where all the scientific discoveries were kept.   Monks eventually take control and close the schools. Women are sent to convents and men are forced to farm for monasteries or become priests.  Constant fighting was called feudalism. Classical learning is destroyed by religion. [Chapter insert: The Greeks were too smart to fight wars. They were too rational. The Romans fought one or two, but what would you expect of people who fell for Christianity.] Black death happens, caused by stupidity about bacteria and disease caused by Christians closing the schools. 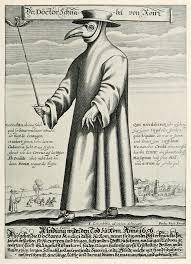 3.   After Christianity takes over, things go from dark to darker. If you criticized religion, or talked trash about God you got burned at the stake or beheaded. Things got worse and worse until sometime in the Middle Ages [find date] the pope started the Inquisition.  [Chapter insert:  People believe in witches and think bread can be turned into zombie flesh.]

4. Just when things were getting really dark, Islam happens, started by a psychotic bandit named Muhammad who marries a six year old. If Christianity was bad, Islam was worse because it had never heard of the Greeks,  just a bunch of nomads praying to god for water in the desert [Research–just beginning to find out what other bad things Muslims believed, such as praying and so on.] 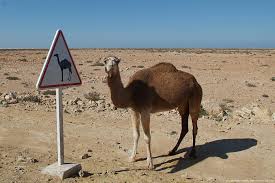 5.   Christianity and Islam burn all books and almost destroy knowledge between the dark ages and later times [see names of later times] through superstition and war and violence. The church tries its best to keep people illiterate and poor and away from books.  Earth is flat and sun goes around it. [Chapter insert on Galileo].

6.  Atheism begins sometime during this period, although we don’t have many names because the Church got rid of them with the books.  Many atheists suffer and die for their ideas while pretending to be good Christians [for example…insert some names] 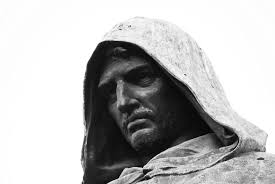 6. But not all the atheists are killed.  Some unbelievers found all the books that the Church had buried and didn’t have time to burn and started schools and tried to open people’s eyes. Unfortunately, religion fought back and killed these people as heretics. It taught people that the world was created by a giant in six days and that people would be punished for their actions if they questioned the Church. But if they obeyed they would go to heaven. This period just before the Enlightenment is called [find name on Google, the one after the time with all that art]   America discovered. 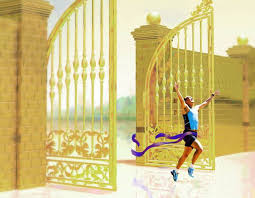 7. Some famous men rose up against the Church in this period and even suggested that maybe this giant didn’t exist and that the stories about him in the Bible are lies told by theists. The most famous of these thinkers was a man by the name of Charles Darwin, who proved that the bible was wrong and that human beings were just a thinking species of animals evolved from an apelike ancestors.  The church was not able to kill Darwin because he lived in [insert century].

8. Religion however denied evolution and continued to spread theism and crazy superstitions and fight against reason and science. Even though science is true, religion did not die.  It went on to produce Fundamentalism and Islamic terrorism. [ Insert: Why Science and reason did not produce wars or death: omit China, Russia, Tuskegee experiment, nuclear weapons]

9. Summary: How much more advanced would we be if religion had not come along and destroyed the great, scientific ideas of the Greeks? It is hard to imagine.  [Insert: list of famous atheists starting with Socrates down to Stephen Hawking, leaving out French names and some Jewish accommodationists.  Use mainly scientists]